This work was commissioned by Uppsala Cathedral Parish in 2003, during the tenure of Archbishop KG Hammar, expressing a desire for the visible reinstatement of the Virgin Mary inside the church and by the same token reasserting the historic function of the retrochoir. It was chosen from among four parallel sketching assignments, the other artists being Charlotte Gyllenhammar, Jan Häfström and Lenke Rothman. It was paid for by the Royal Swedish Academy of Letters, History and Antiquities, through the Huselius Fund. The project was headed by Ann Magnusson, assisted by a team consisting of Professor Anders Åman of the Academy, Dean Tuulikki Koivunen Bylund and the artist.

The work consists of a true-to-life, almost hyper-realistic sculpture of the Virgin Mary. It stands behind the high altar, to the right of Archbishop Jakob Ulvsson’s tombstone. Apparel and other stylistic features are of indeterminate date.

The work includes two sparrows positioned on top of the gate of the Lady Chapel in front. Originally a water bottle and a stone were also positioned there, but for practical reasons these have been removed. The installation comes close to being a stage set. The artist explains that, by making Mary so realistic that she can almost be confused with other visitors, he has sought to eliminate the distance which often besets encounters with her. He wanted to make her belong, be one of us. Many people find her small despite her format, and this is typical, because she is meant to correspond to other women in other periods of history, and in the artist’s opinion this compounds the challenge of meeting her.

Through her, the significance of the Church (and of faith and facial expression) is borne up by the way in which we regard are neighbour in the plain, everyday run of things. She returns, like just another visitor, but also as a witness. Anders Widoff’s art is shot through with concern for that which is dead, disdained. Something insignificant is given prominence and a value put on it. Like the details of “failed” marine paintings which he enlarged in a series of photographs taken in 2007. Or the tiny sparrows.

With Maria (The Return), which again singles out the Mary who, since the Reformation and an extensive fire in 1702, has not been at all prominently represented in the Cathedral, another work is added to this sequence of actions.

Born in 1953, Anders Widoff studied at Valand and at the Royal Institute of Art in Stockholm. Since the end of the 1970s he has created a large number of both separate and joint exhibitions in Sweden and internationally. These have included Alla Namn at the Modern Museum, Stockholm, in 1993 and the retrospective (att) bära sig, at Liljevalchs Konsthall in 2005.

Widoff is represented in the Modern Museum, Stockholm, the Museum of Contemporary Art, Oslo, the Gothenburg (Göteborg) Art Museum, the Becker, Bonnier and Fredrik Roos collections, with the Swedish Public Art Agency and in various other museums and collections. He has been the recipient of several fellowships and other distinctions. In the autumn of 2009 he was awarded a state income guarantee. aside from his career as an artist, he has also been active as a professor, both at Konstfack (the University College of Arts, Crafts and Design) and at the Oslo and Stockholm academies of art. 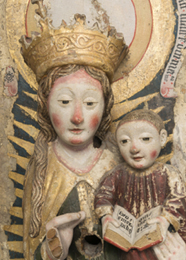 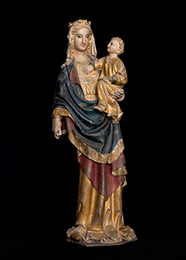